With the iPhone 4s announcement a wave of cheers and sighs has traveled at the speed of light across the world.  People everywhere who once would have had to have waited for next months tech magazine to tell them the news are now instantly informed that the latest and greatest is now insight.

Whether Apple has been able to breach the high water mark it set for itself or not is quite insignificant compared to the reality that smart phones are here , delivering content to users in the way they want it and no new device is going to change that. The iPhone 4S launch marks the point where software has started taking the lead from the devices, as we have come to the situation where although the devices have their differences,  the user can still do the exact same thing on their 4S as their $100 Android handset.

Now that the hype bubble of amazing things to come has been popped we can get back to work building the best applications possible on the devices that are out there now and in peoples hands. It should be comforting to know that no matter what device you think is the best, they are all capable of delivering a highly polished and engaging medium to interact with the world.

Posted by Stephen Kilsby on October 5th, 2011 :: Filed under Uncategorized

We’ve got a new Office

Viva La Mobile has new digs. We just moved into our new office last week and decided that it would be themed Badlands 2, our upcoming Dojo multi-player title.

We have started work on the walls having commissioned the Badlands 2 Game Artist, Lorenzo Bruzzesse to convert
our office into an artwork. The friendly trooper pictured here will be part of the post apocalyptic scene which sweeps around the office. Feel free to drop by and have a look at the installation. Should be finished in time for Chrstmas.

So, as previously predicted at Viva La Mobile, Android continues to steal market share from the other smartphone platforms. At the same time overall Smartphone numbers are growing, which points to a double gain for supporters of Android.

What does this mean? END_OF_DOCUMENT_TOKEN_TO_BE_REPLACED

Developing Apps offshore – should you do it? 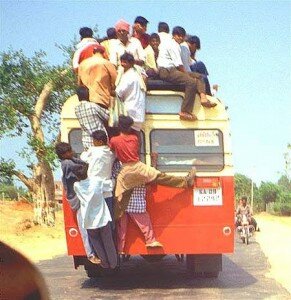 Interesting discussion currently going on in the cocoaheads Google group. Someone posted the excellent question: I wonder if anyone has had any experience working or getting phone apps developed by companies off shore. Are there any tips, traps or happy or sad stories etc

Personally I have always been skeptical of getting work done by an unknown team in a country such as India. While I am sure there are some excellent software companies over there, the sheer number of pundits implies that there is probably a lot of chaff surrounding the wheat, a lot of rough surrounding the diamonds, a big haystack on top of the needles….you know what I mean.

So as enticing as the bargain basement pricing might seem, is it worth it?

Here is what one reply in the Google thread said:

The first was a fixed price 3 month project that took 9 months to deliver. The price stayed the same, but overall the extra expense of having a full-time Tester on the job for 6 months longer ended up putting the project over budget.

The second project was various small routines and standalone applications in a larger suite. The rate was cheap – about $1000 per month. However, without exception everything they worked on had to be rewritten.

the “traditional” model of off shoring to countries
such as India I have *never* seen work. Over the last 6 or so years
I’ve been personally involved in two Indian off-shored projects (both
with large, “reputable” Indian companies) and have seen another two
from outside (with friends on the project), all of them were
disasters, for various reasons. In each case, the code written in
India was thrown away & rewritten, in the last case I’ve seen, the
Indian team were simply not able to understand the problem domain.

It would be interesting to hear from those who have had good experiences where a project has been developed offshore at a discount price and delivered on time and to spec. In the mean time, in my biased opinion, I would recommend using an experienced local development studio for mobile application projects as the complexities involved may push the limits of the offshore model beyond breaking point, resulting in lost time, money and reputation.

Posted by David Kainer on March 30th, 2010 :: Filed under Uncategorized

Android – a world of love and pain

So, we’ve been a busy little team lately and the new website is starting to take shape for 2010. The mobile apps and games industry has changed an awful lot since we started out in 2003 and it makes sense to start discussing these changes and where things are going. Hence this blog.

What we’d like to do is to not hold back. We’d like to discuss what really is going on, who’s winning, who’s losing, what’s working and what really gets our blood boiling.