What will happen in mobile in 2011? Here’s our predictions 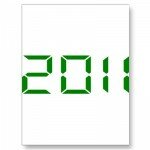 We’ve pulled out the crystal ball for 2011 and gone out on a limb. Here’s what our team thinks will happen in mobile in the next 12 months or so, in no particular order. Agree? Disagree? Comment and let us know!